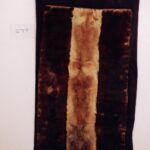 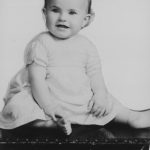 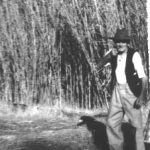 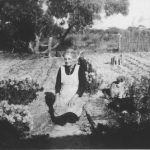 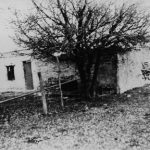 Sam Gibbs, wild dog trapper, tanned the skins with wattle bark tan and put them together. His wife Harriet did the rest of the sewing. The skin rug was made in the late 1930s and given to the present owner, Valda Mentjox, when she was 4. She slept under it on car journeys and everyone in the family has used it ever since. It has never been used on the floor, always on a bed. It is still used. Sam Gibbs (born 1886) was a wild dog trapper in South Australia. Doggers were paid for catching dingoes and dogs and Scorpion Springs, on the SA and Victorian border, and Emu Springs were likely bore holes for trapping. Sam married Harriet (born 1889) at Coorong School church in 1909. They had 11 children, nine lived and three are still living.
[1998]